When I was younger and I had my very first bad anxiety crisis, it worried me and my parents to death. I still didn’t know what an anxiety disorder was and up to that point I had been seemingly okay, getting through life as any other teenager would. Then, suddenly, I started feeling sick. For 10 days, I couldn’t leave the bed, I couldn’t eat and I just constantly felt so much pain everywhere. In less than two weeks, I lost about 5 kilograms. My mom took me to see the doctor, I did blood tests, I was even taken to the ER one Sunday morning because I didn’t seem to be getting any better. The tests didn’t show anything particularly wrong with my body, but I knew I wasn’t okay. It took me years to understand that what was happening during those days was my first ever anxiety crisis. Back then, in the little town I am from, no one really ever talked about mental health. I knew depression existed, but it felt like something very very distant, that only happened to people who had lived a traumatic experience. I had no idea what a panic attack was, and no one bothered to explain it to me until I randomly read about them online and I went to a psychologist on my own to ask if that could be my problem (it was). In those days, all I could think about was that something wrong was happening inside of me and, as the doctors couldn’t identify it as any of the most common illnesses, I thought it had to be something terrible and rare. It felt too real and painful. That’s how powerful mental disorders are, and how much they affect people even on a physical level.

One of the things that bother me the most is people who believe that you can’t be really sick because it’s “all in your head”. Suffering from a mental disorder means you’re constantly – or very frequently – exposed to high levels of stress. To cope with it, the body activates a long series of mechanisms, producing hormones to fight against what the brain perceives as a threatening situation. All the most common symptoms that are experienced by people suffering from anxiety or from a panic attack are strictly linked to how the nervous system prepares the body in order for it to cope with the high levels of stress. The pain we feel, the nausea, everything is very much real.

Moreover, long periods of stress lower the body’s immune system’s barriers and it’s therefore easier to catch a cold or the flu and get “actually sick”.

Once, someone told me “you’re making yourself sick so you don’t have to face your responsibilities”. That was hurtful, because there isn’t one milligram of me that really wants to feel the way anxiety makes me feel. I would give anything for things to not be like this. I would literally love to be able to just go and get things done, and I am the proudest person in the world when I am able to do it, despite feeling an overwhelming sense of anxiety and somehow managing to not get sick from it. Sometimes, however, it’s not easy to control what goes on in your body, because, when things get severe and your brain starts feeling at danger, there’s only so much you can do to stop the natural mechanisms it starts to implement. It’s no longer just “in your head”. It turns into  real survival instinct. With some effort, you can surely break the chain reaction and instruct your brain to go back to a calmer state. It takes a lot of practice though, and time.

The best thing one can do when someone they know is experiencing physical symptoms from a mental disorder is give them time. Be patient. Believe they are doing the best they can, because they most definitely are, even if to some people they may appear “weak”. “Pathetic”, I was called once. But I don’t think we are: fighting what goes on in our minds and bodies takes strength and energy. And courage. A lot of it. And there can never be anything pathetic of shameful about being brave.

3 thoughts on “Mental disorders are very much physical. Here’s why | The Anxiety Chronicles” 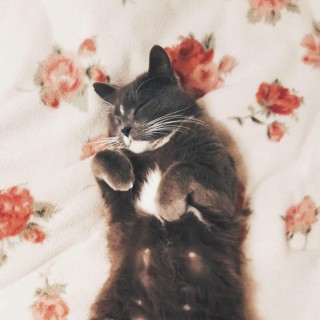